Jeff is painting again (Yea!) and he has been picked up by a really great gallery, The Slusser Gallery in Salt Lake. The gallery had a big opening for their Halloween show this last week. Jeff has 5 pieces in the show so we all attended the opening. A and a were great, pretty well behaved and super cute.

The Gallery typically has a band playing for their openings. A really fun folk band "Millie and the Moths" played this time. The kids LOVED it and spent a lot of time dancing in the middle of the gallery. The lead singer said she wanted to play something special for Big A since he was so enthusiastic. She said "So... are you a cowboy?" He shook his head no. "Are you a... Hipster?" he shook his head no and answered "I'm Alexander!" The singer laughed and said "Perfect! I have a song just for you!!!" and she played a song called "Alexander the GREAT" (you can hear it here). Big a, who had been a total ham before that, got all shy and stood listening to the song, really paying attention. It was perfect and though he wouldn't admit it, he LOVED it. 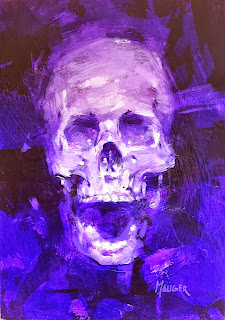 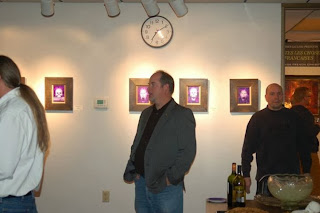 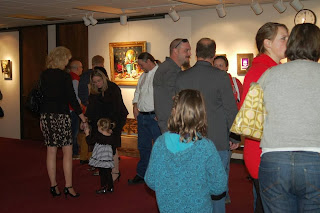 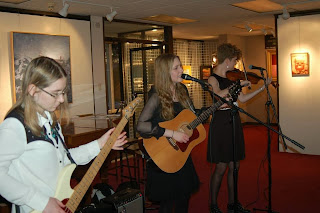