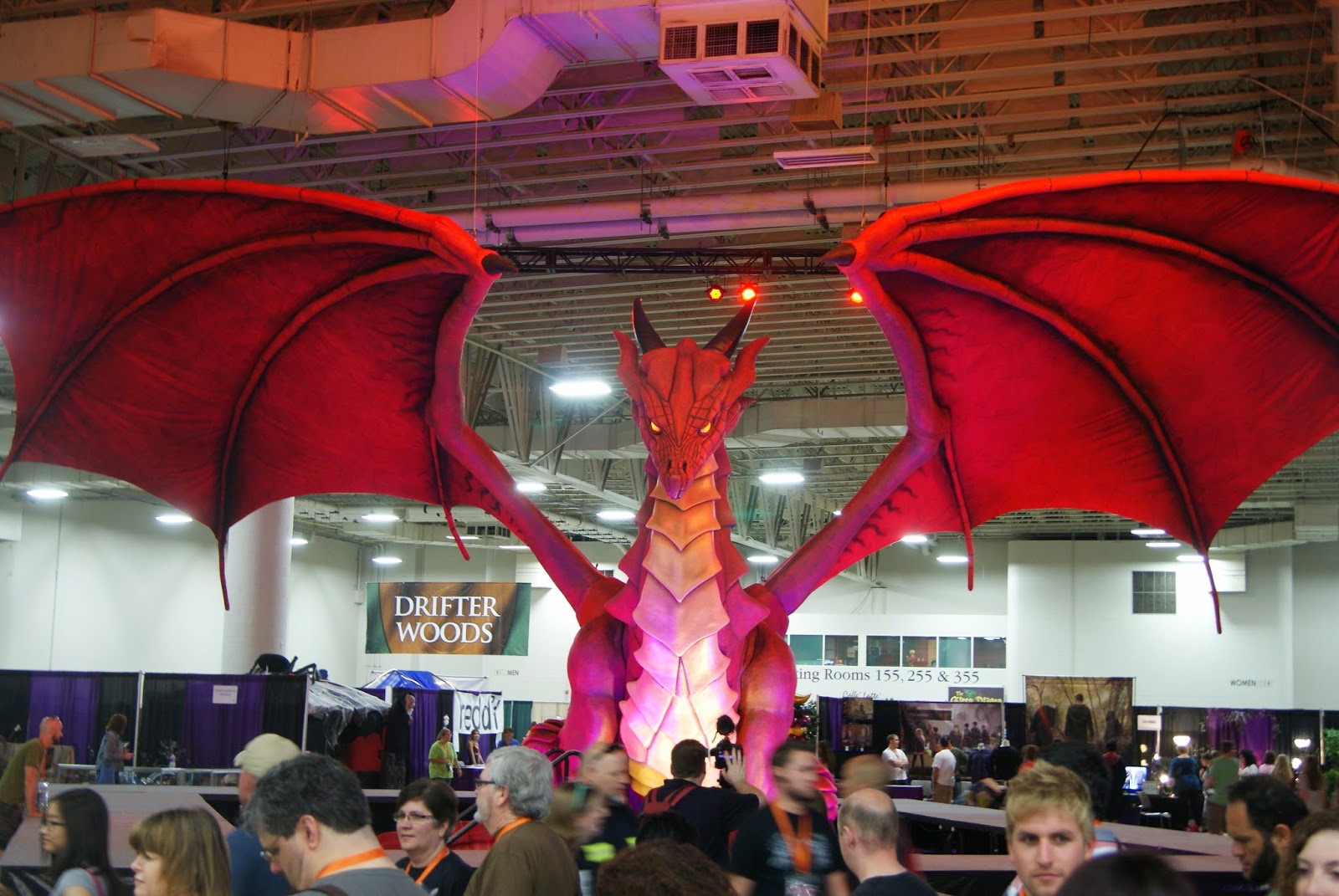 We had a chance to check out Fantasy Con this weekend and I have to say WOW! It really is amazing. Hosted at the Salt Palace right from the moment you hit the outer lobby area, I mean before you even reach the ticket sales area you are greeted by a 3 story tall Rock monster and a beautiful dragon and knight fountain. That is even before you enter.
We got there when it opened and the lines were already long. The people attending were SO fun to watch. I think Jeff and I were amongst about 10% that were not dressed up. People were coming dressed to the nines. We encountered everything from elves, dothraki, star wars characters, harry potters, Disney characters, videogame characters…really every type of character you can imagine. Some were “pro” cosplay people but most were just attendees that were into the spirit of the weekend.
Once inside the area was broken up into several different “realms” all centered around a great “battle arena” where people in full battle regalia (like knights) were continually doing “battle”.  There was an amazing hall of art featuring huge pieces by famous fantasy artists. There were several stages that provided a constant stream of entertainment featuring everything from arerial acrobatics to magicians. There was also a whole isle of celebrities that were there for pictures and autographs (for a price). Tons of people from the Lord of the Rings and Hobbit shows were there, even Johnathan Rys-Davis, Sean Aston and Billy Boyed. I was surprised at how tall they all were, I mean none of them were topping 6 feet but they were way taller than I pictured the dwarves and hobbits being (lame of me!). There were also so many larger than life sets that you could get pictures at and many, many booths offering everything fantasy themed that you could possibly imagine.
I could go on and on describing things but I'll let some pictures from the event speak for me. 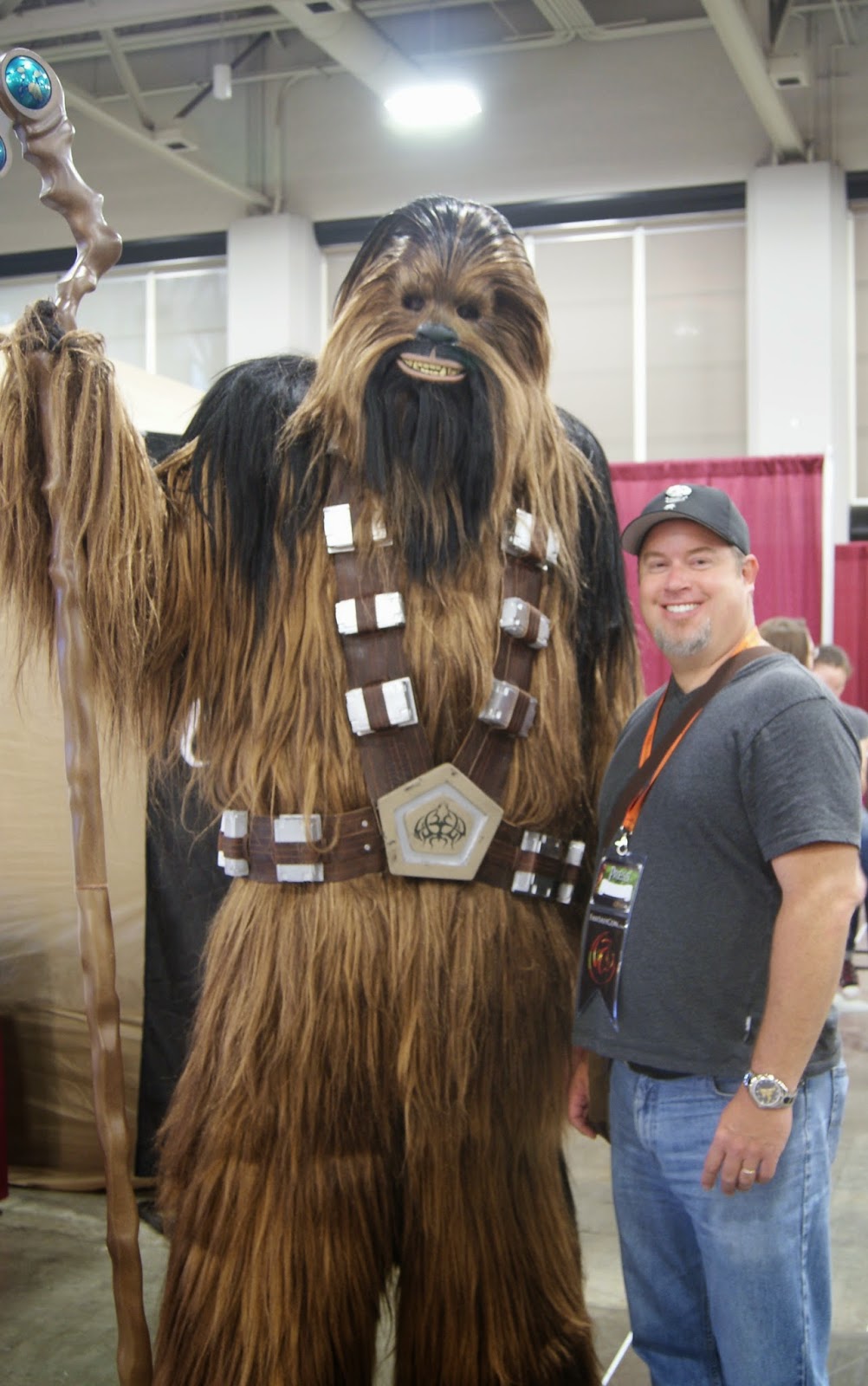 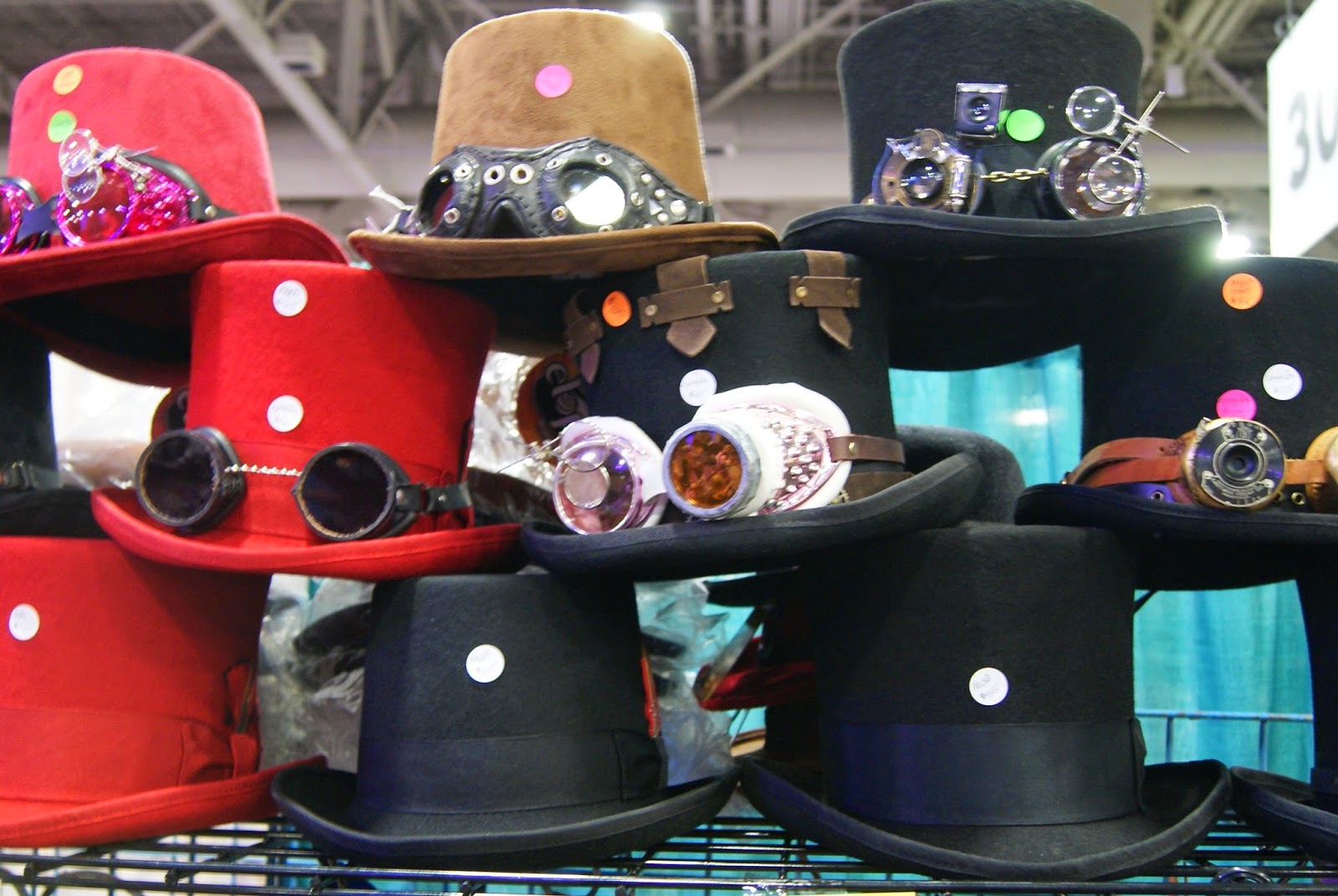 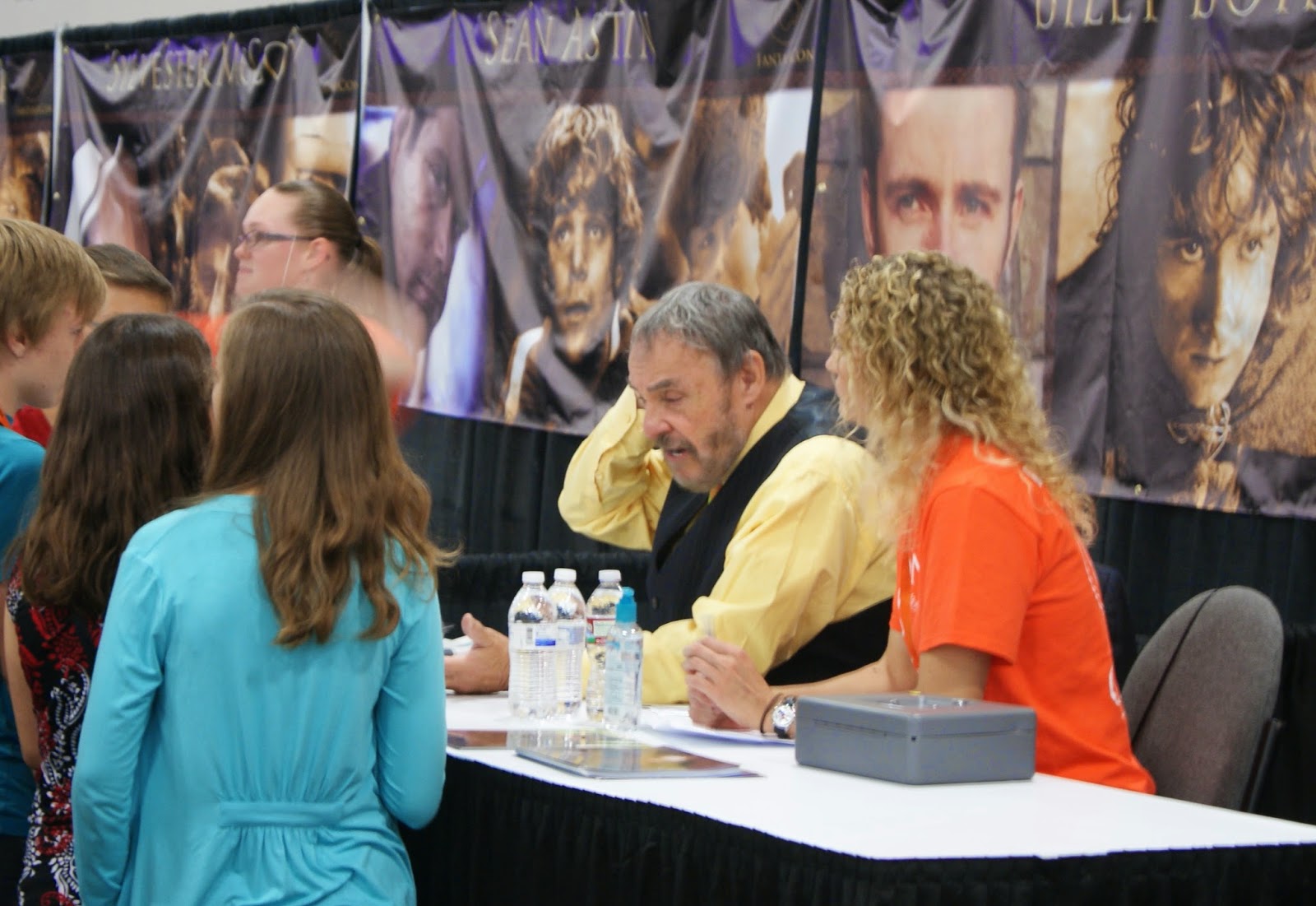 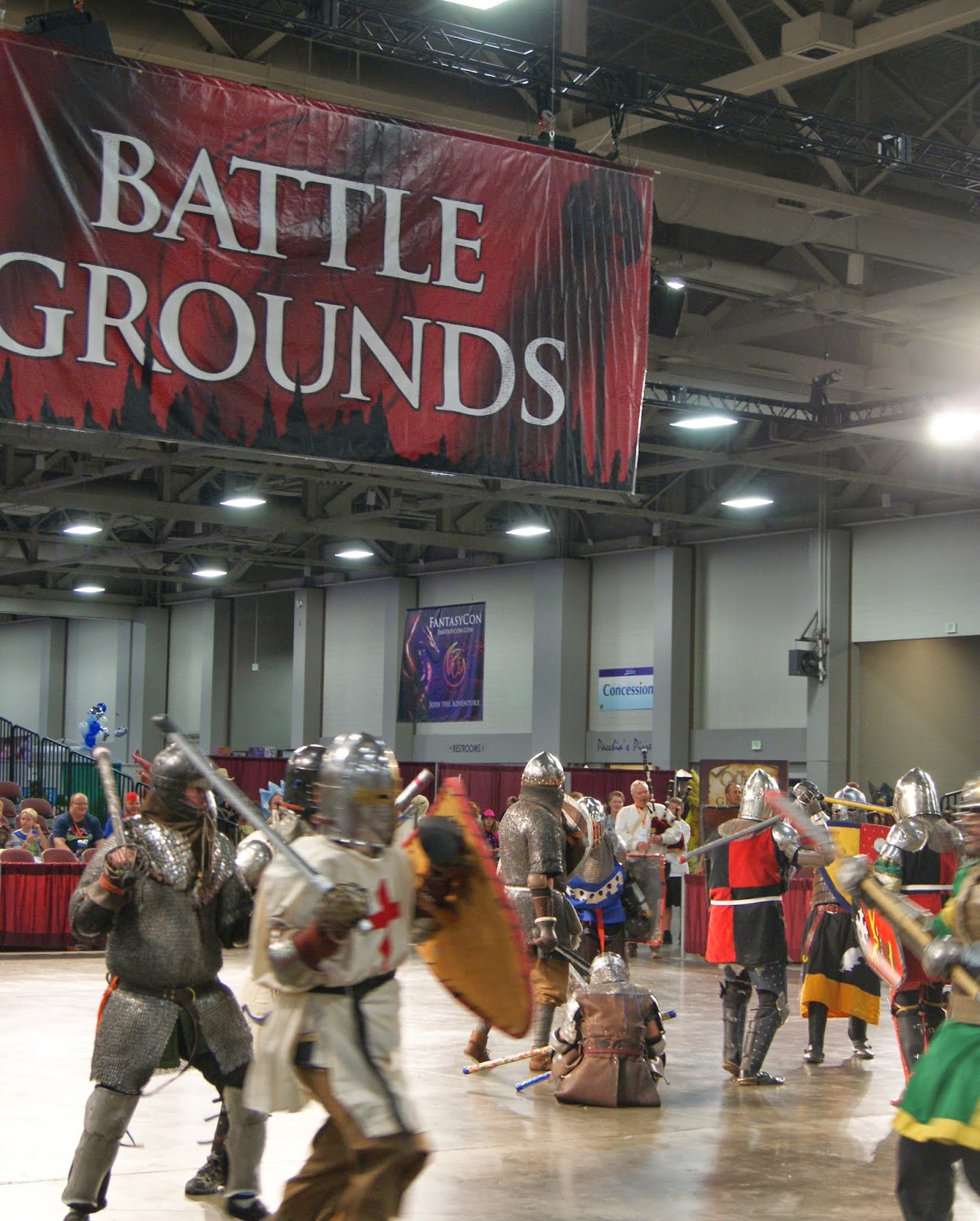 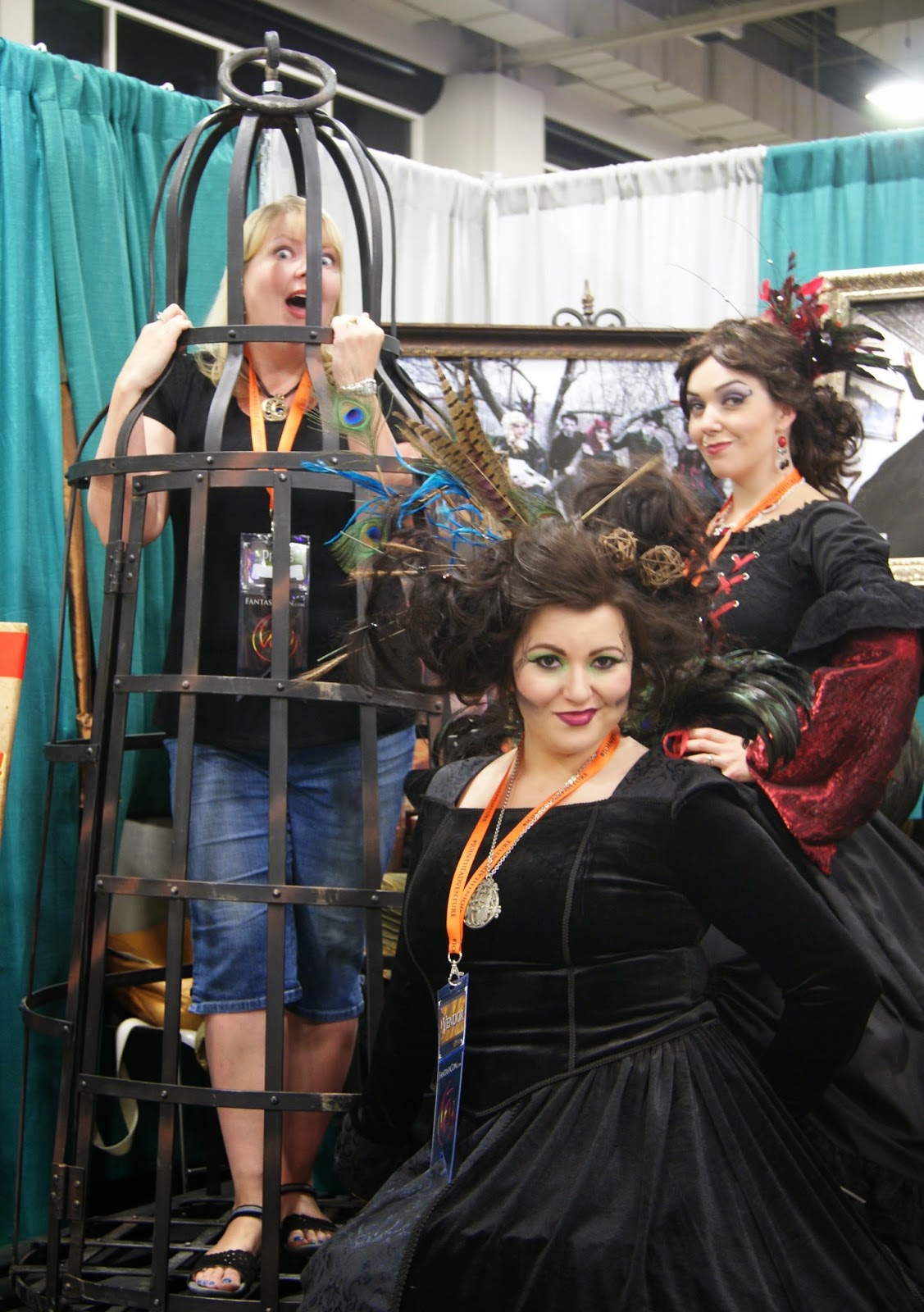 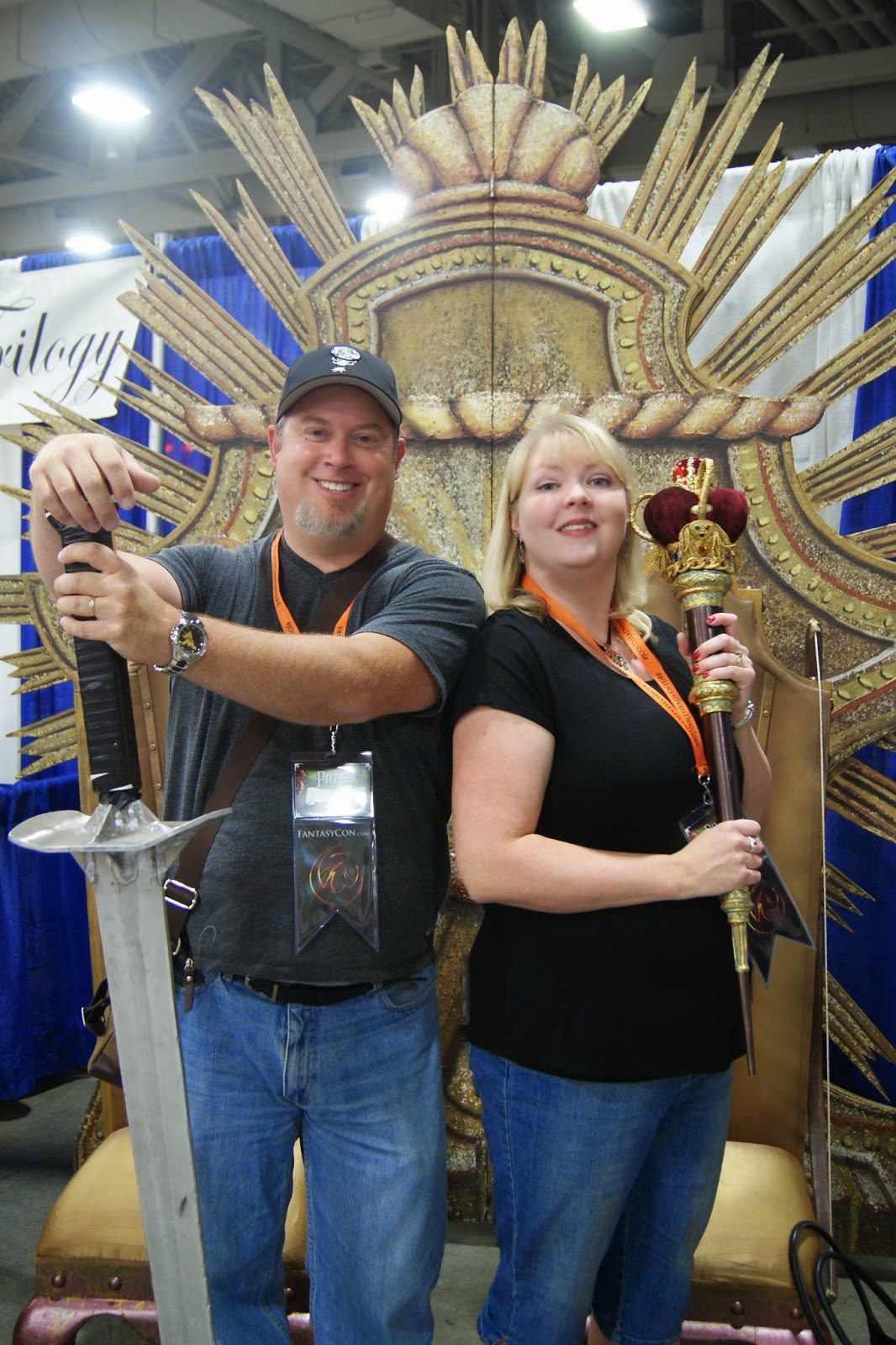 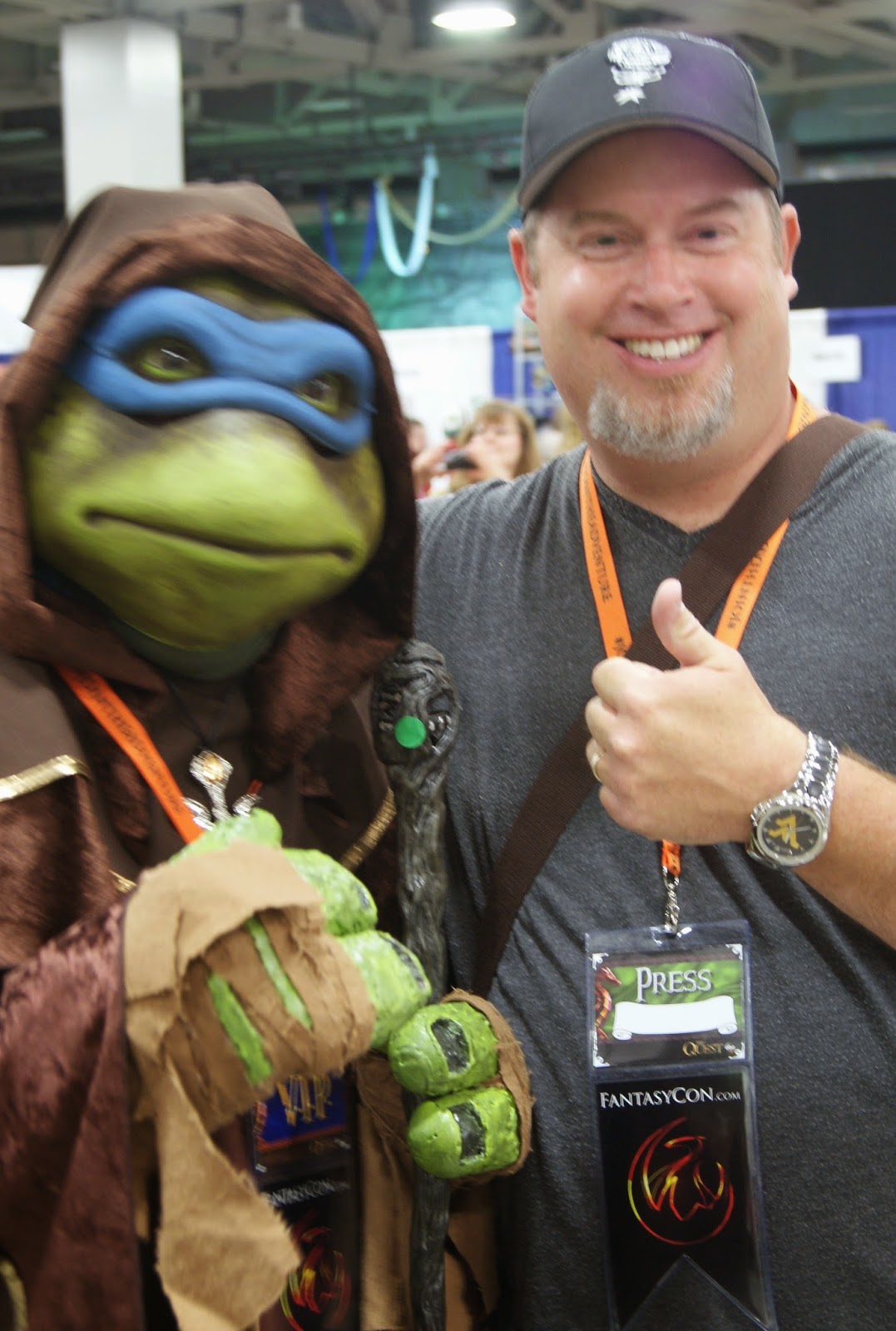 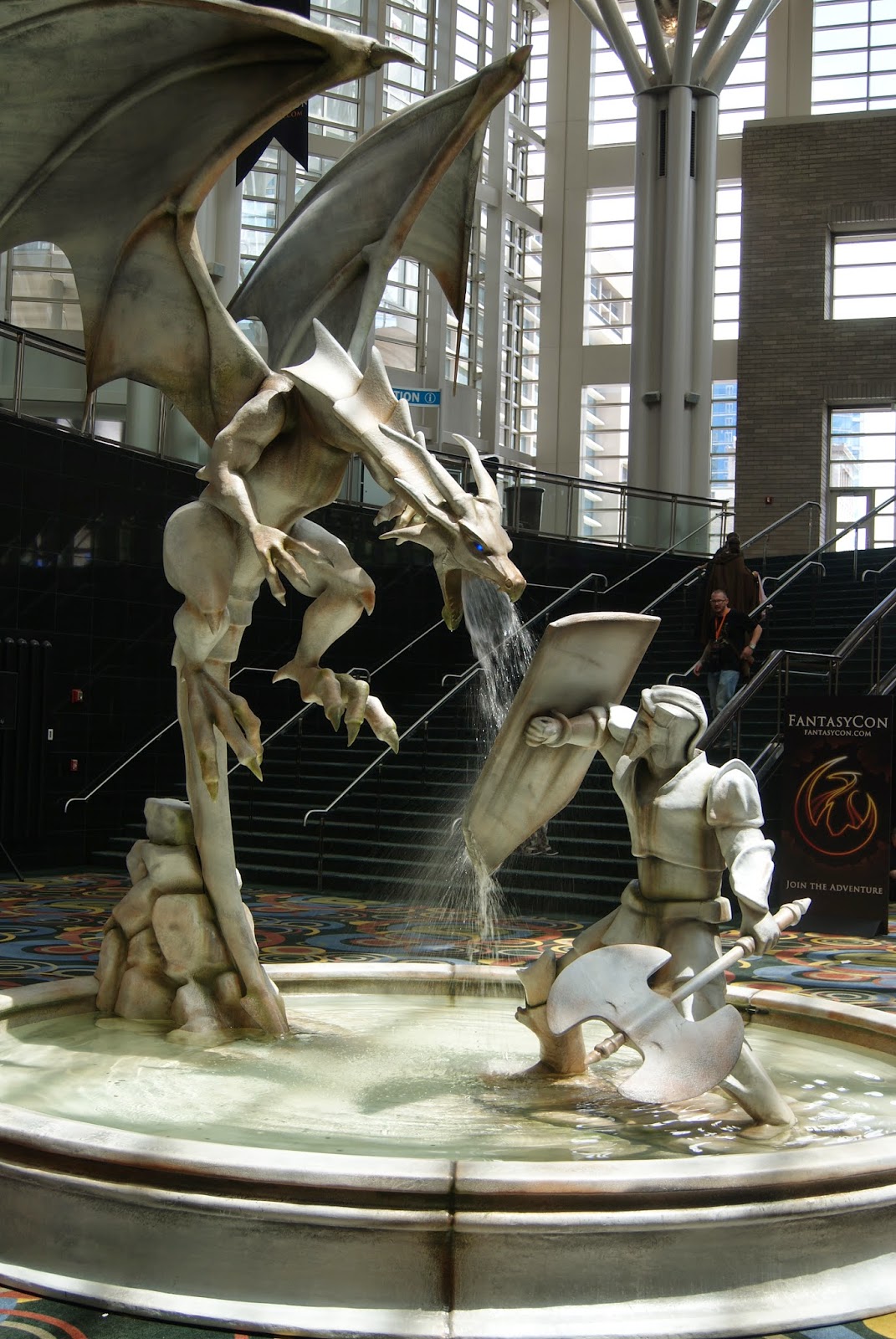 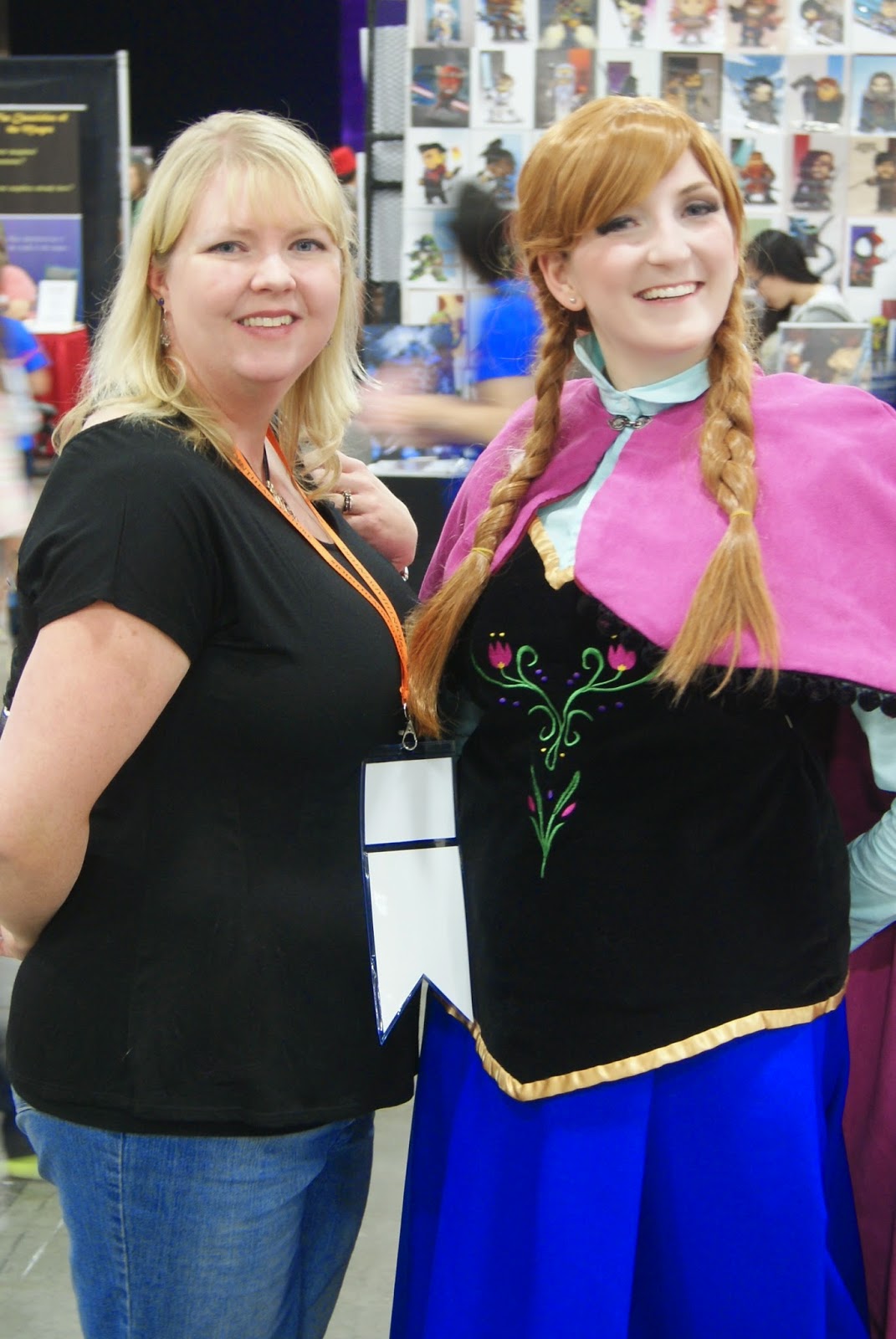 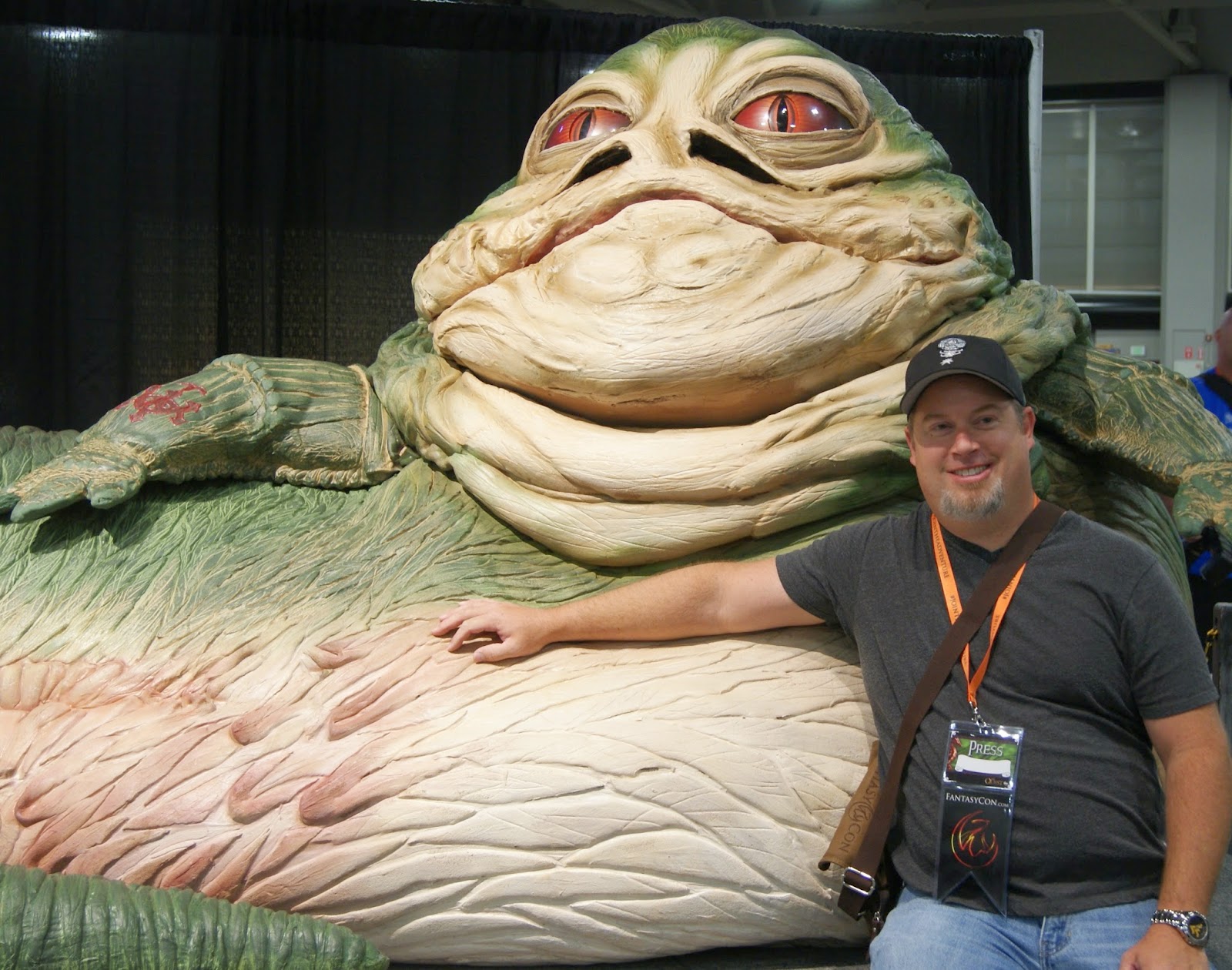 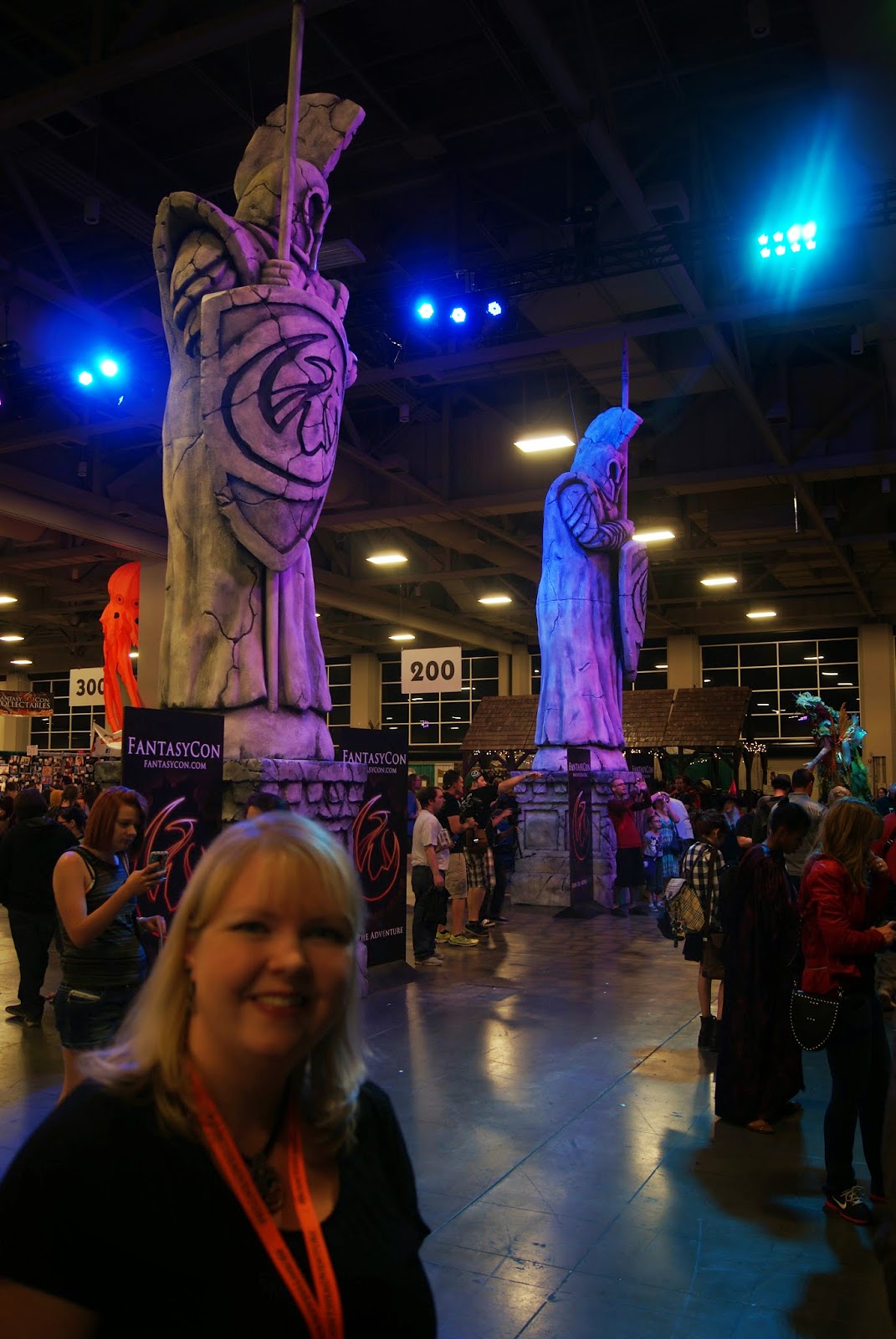 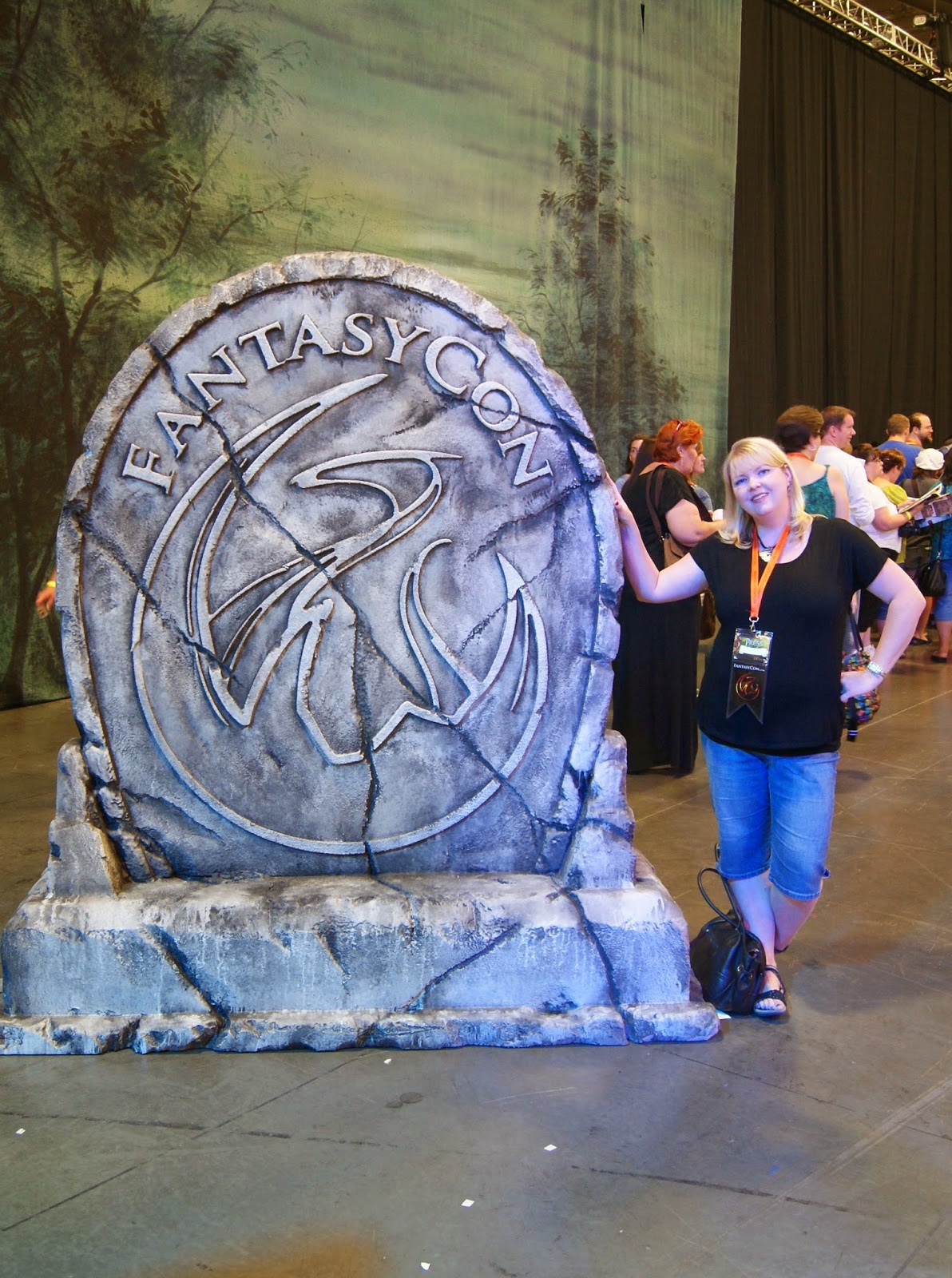 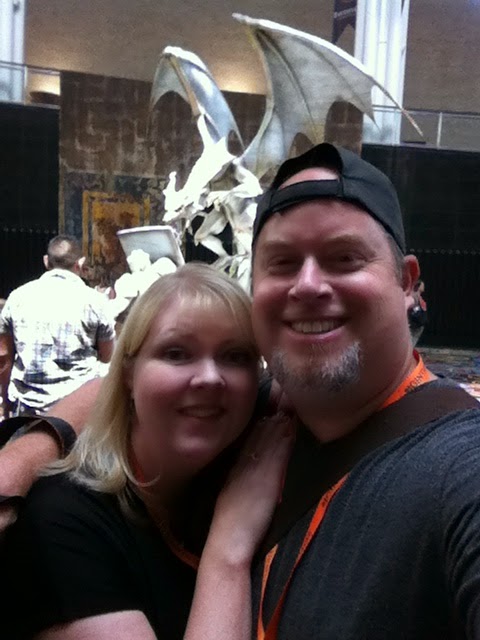