Lessons from a funeral...saying yes

Last weekend Jeff and I attended the funeral for our Brother-in-laws father. We left A and a with Jeff’s parents, put on our dressy, dark clothing and went to the church where the services were held. (Do you ever feel like the only time you REALLY dress up any more is for funerals and weddings?)
We were there to support our Brother-in-law. We had only spoken to his father a few times and when we met him he was already in very poor health. His funeral however made me really think about what kind of a parent I am and what kind of a parent I want to be.
During the service his 3 children spoke about him as a father, their funny, favorite memories of being with him.  Mostly all of the stories were about fun memories from their childhoods. All the stories were about the fun exciting times they had had with their father. They were about the impromptu road trip or the crazy, completely impractical gift, fun dress-up and silly games.  None of the stories were about when the house was perfectly clean or when the yardwork and chores were completed.
It gets to be so hard as a mom to find a balance. You want to be the Pinterest perfect wife and mother who crafts, cleans and bakes; whose house is perfectly clean, whose meals are all homemade, who has an amazing décor theme for every holiday. You think the kids will love this, this will mean something to them. It doesn’t. They don’t care if there is no clutter, they don’t care if their cute outfit was handcrafted or from target, they would rather have a happy meal than the gourmet meal you worked on all day. They want you to say yes. They want to ask you to play dress-up and have you say YES and grab a Storm Trooper helmet instead of No and vacuum.
About a year ago early on a Sunday morning when Jeff and I were lounging in late and we had no plans when A and A cam e running in and pounced on our bed… “Can we go to Chuck e. Cheese? Please!!! It looks So AWESOME! (They had seen a commercial during a Disney show.) Without taking a moment to think too hard about why I should say no I went “Yea, let’s do it! After breakfast we will go!” They FREAKED out. We had said YES! We went (we had never been before) and the kids ha a FANTASTIC time. It was WAY nicer than Jeff and I thought it’d be and it was pretty in expensive too. It’s now a fun time staple at our house. To this day A and A will talk about that awesome morning when Mom and Dad just said yes to Chuck E. Cheese.
So I’m trying to be more of a YES mom. I’m trying to not knee-jerk say no. I’m trying to be a little more okay with a couple dishes in the sink so I can play Go Fish. I’m trying to be more why- not when the kids come up with a suggestion on what to do.
At my funeral I want my kids to have tons of stories about the fun times we have because they don’t care how Pinterest-worthy their Mom is. 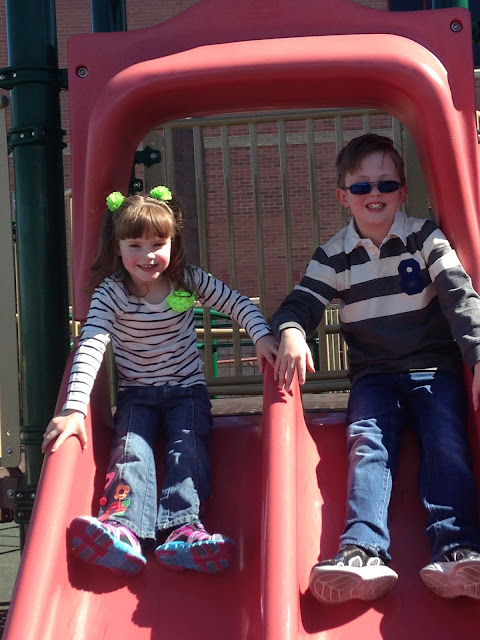