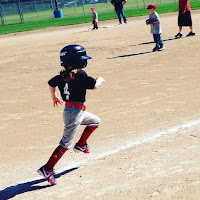 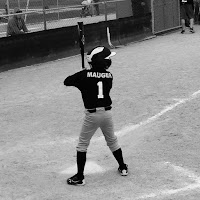 It has been nothing but baseball, baseball, baseball at our house this spring (early summer).
Both A and a and me and Jeff have been doing pretty much nothing but baseball.
Big A moved up to AA ball this year. This means it's competitive now! Outs count, they keep score, there's a draft, Kids pitch, and it has all become very, very serious. There were 20 games. Jeff decided to coach again this year and he and Big A were part of the Pirates. It seemed like such a daunting thing when the season was starting, it seemed like So many games and so much effort.
Little a was old enough to start tee ball this year. She was so totally excited for it! She has spent 3 long seasons watching her brother from the stands and she was ready to hit the fields herself. Since Jeff was taking on the AA team I decided to try my hand at coaching (It's tee ball, I can teach them to run to the right!) It was an amazing experience. The kids grew so much and so improved from the first game to the last. By the end of the season I had 3 kids hitting a pitched ball (Little A was a total slugger, hitting a pitched ball so good!) I loved it!
It really has been all baseball for all of us for the last few months (My Amazing parents, Ma and Pa attended EVERY game!). Now that the season is over and I'm cleaning cleats and putting away bat bags for the year I can't believe it's over! It really did fly by. It was so wonderful watching the kids grow and improve, watching them form the wonderful bond of a team, watching them gain confidence as the season progressed. It was so fun getting to know the families, cheering on all the players. Now that it's over I can't wait for the next season! 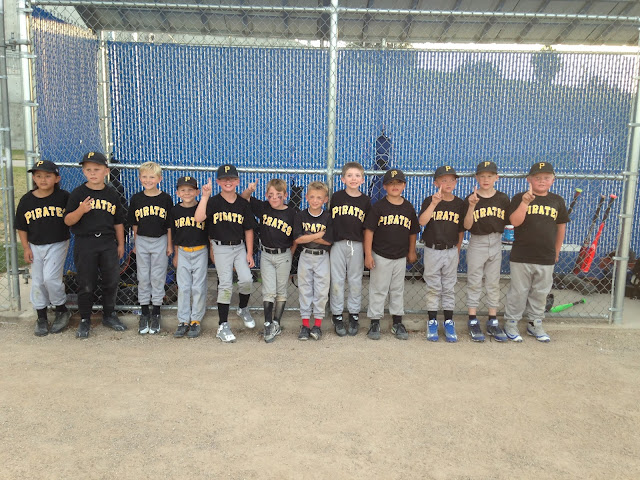 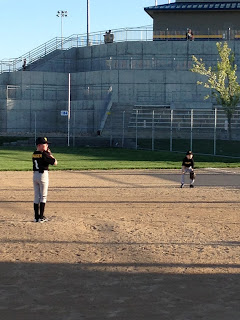 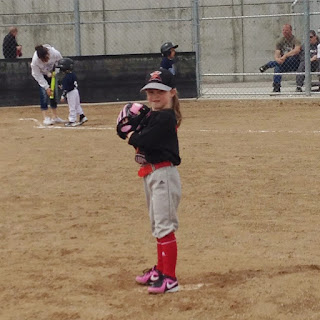 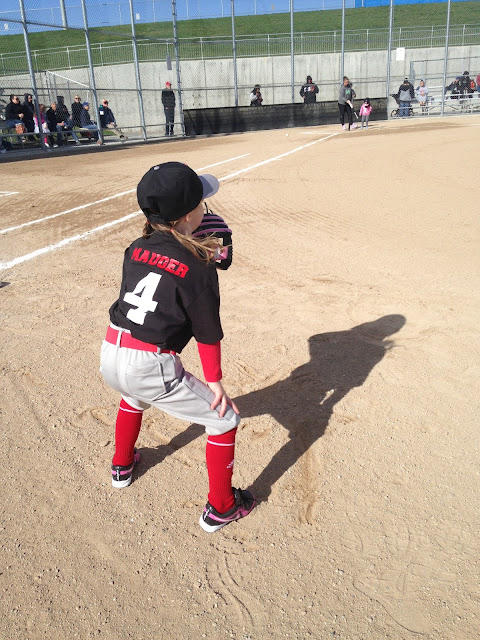