I don’t get it. I consider myself a pretty tough Mother. I kill spiders, I let my kids climb trees without wincing, I’m no sissy. However the mere mention of Big A entering kindergarten has had me in tears for the last few weeks. My sweet co-worker asked me about Big A starting school and I was reduced to tears right in the middle of the office.
Last year when he entered Pre-School I was fine; tough as nails, excited for his new adventures. The first day as I smiled and waved him on his way Jeff was wiping away tears. I have come to realize that I was tough there because of a couple of factors. First off he was only gone half a day, twice a week, no biggie. Secondly and I think more importantly It was my choice. Like signing him up for little league or soccer, I was choosing to send him on this adventure. Now kindergarten is upon us. It is still half day here in Utah (thankfully!) but every day. I really don’t even think that is the issue it’s that whether or not I like it my little boy will be in school most every day for the next 13 YEARS…until he is not a little boy any more.


I guess I have always thought of this early stage with the kids as “my” time. Ever since he was a cooing babe in my arms it was just me and him. We are best buddies, greatest pals, going on grand (and silly not so grand) adventures. I am the coolest person to him, hanging out with me is the BEST. It is the perfect time because to me hanging out with him is the BEST. I can’t think of a better day than playing Legos or “zombie hunter” or hiding “treasure “ in the yard, picnics in the tree house or endless snowball fights or watching “Scooby Doo” for the zillionth time. Sheer bliss to this mom.
Now with actually full time school starting I know that will never be the same again. He will meet the “cool” kids and not want to be seen hugging his mom. Hanging with his buddies will be way more fun than hanging with Mom. He will learn so much so fast and he won’t be coming to me for all the answers anymore. My importance will drop.


I know that we will still have great adventures and probably watch Scooby Doo another zillion times together. I know (for now at least) he wants to come snuggling in with me in the wee hours of the morning. I know that we are still best buddies. But I also know that it will never be quite the same as it was. When he was my baby this day seemed eons away. I always thought that this time, this “us” time would seem to last forever. Now it is but a moment from then and it’s over.
As I watched him line up and walk into his new class biting his inner lip like he does when he is slightly nervous all I could think was “ Buddy, this is going to be AWESOME, you are going to LOVE all your new knowledge and adventures, don’t be worried.”  I helped him settle into the classroom with all the other parents, click, clicking away until he started doing his fakey “quit taking my picture” smile. I saw him settle in on the rug with his nice new teacher and get at ease with the other weary kids surrounding him. I saw him smile a real smile as he and the other kids waved good-bye to their families as we left to let them start their day. I quickly grabbed my sunglasses to cover the tears as they ran down my cheeks as I left my “Buddy” and walked to the car.


Pardon my rant here. I have turned into one of those blubbering Moms I swore I would never be.
Tomorrow I'll post all Big A's First Day of School photos 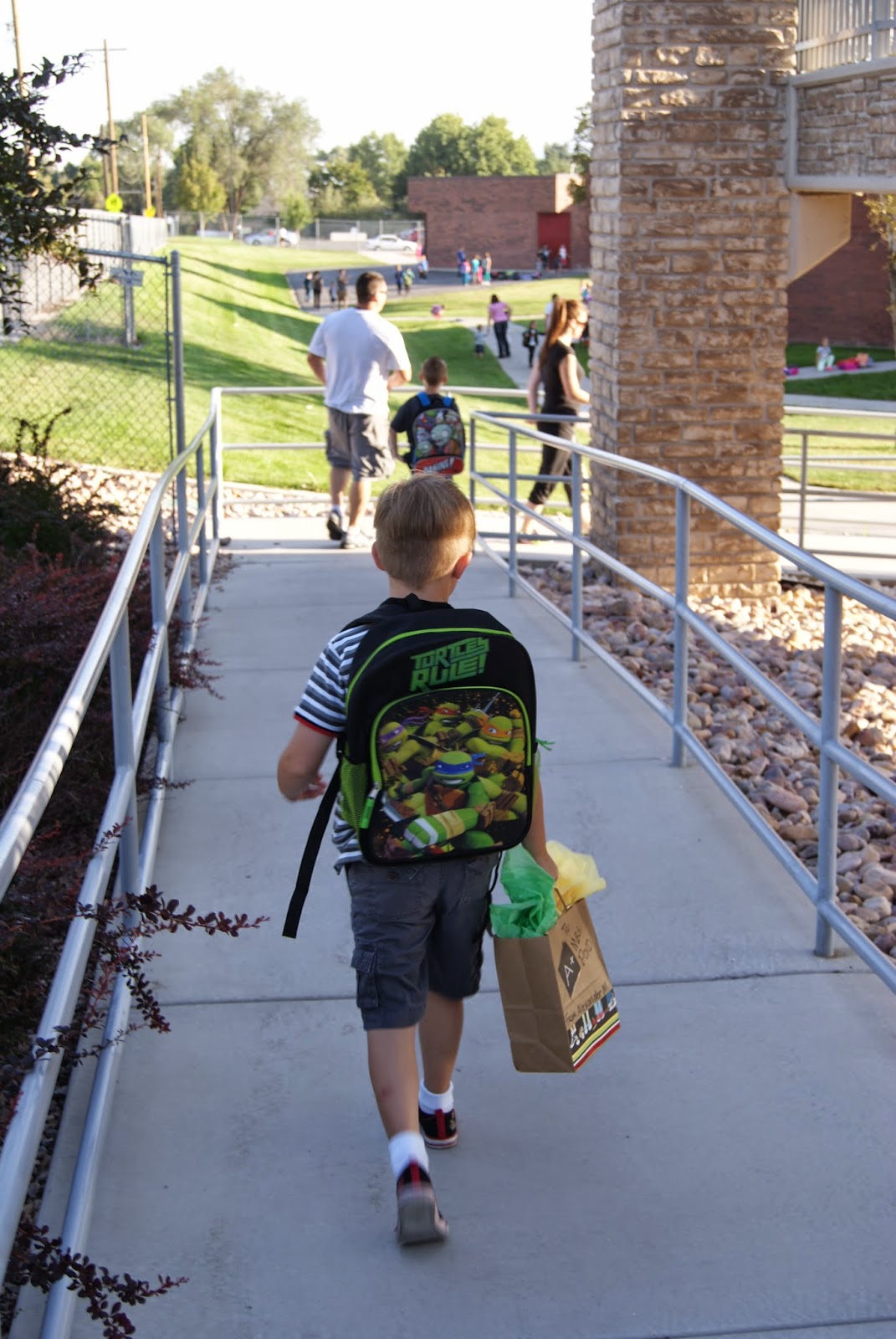 Email ThisBlogThis!Share to TwitterShare to FacebookShare to Pinterest
Labels: back, Big A, family, growing up, kindergarten, mommylife